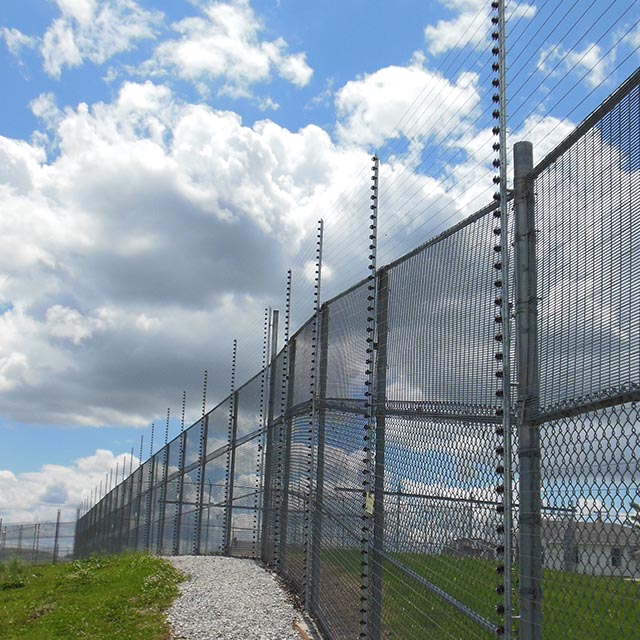 Indiana Department of Correction (IDOC) is a state wide organization, comprised of 21 adult facilities housing over 28,000 inmates in January 2012. Safety of both inmates and the public is a top priority for IDOC and forms part of the organization’s mission and vision. The inefficiency and increased cost associated with managing multiple security technologies and systems led to IDOC's Director of Construction Services to seek a solution that not only increased efficiency and reliability for the prison facilities staff, but ensured that both inmate and public safety remained consistent with their organization mission and vision.

Gallagher’s perimeter security system is included in all new IDOC construction, as well as being retrofitted into existing facilities throughout the state. Gallagher's monitored pulse fence systems are safe, effective, reliable, and safely deter and detect disturbances without triggering false alarms. As part of the perimeter security solution, Gallagher's D21 Disturbance Sensors were used to meet requirements for upgrading a number of low security level 1 facilities to level 2. Seamless integration with Gallagher Command Centre and cost-effectiveness were key considerations.

The efficient installation process of the Gallagher system meant IDOC could significantly reduce down time in comparison to other technology in the agency. Since installation, IDOC has been able to make more effective use of security resources, allowing officers to be reallocated from the perimeter to in-prison offender contact areas. Hardware failure rate and recurrent costs are low, and the operator-friendly nature of Command Centre software reduces human error. Following the installation of the Gallagher system, IDOC has been able to reclassify the facility as level 2, thus allowing them to house a wider group of offenders using the cost-effective, yet highly secure perimeter security solutions offered by Gallagher.