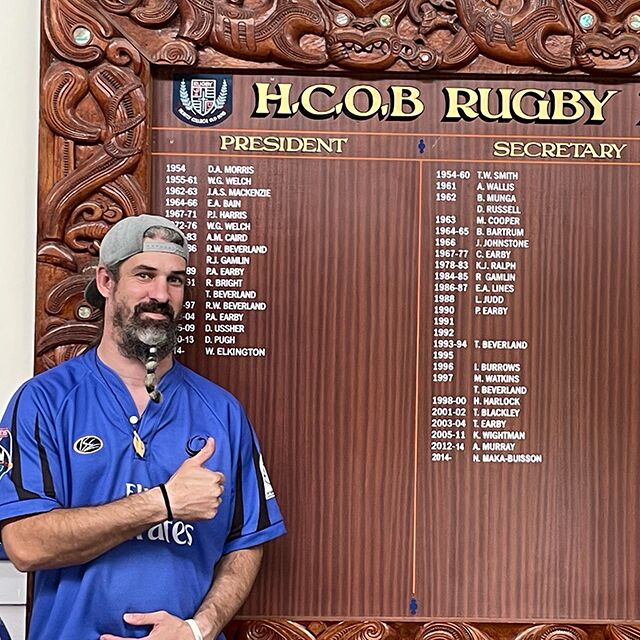 A real asset on and off the field, Kieran also manages the security of the club while his wife Nicola “Cola” looks after the bar and the kitchen. Located in Huntly, New Zealand, this country club has a busy clubroom and some of the best fields in the region.

Ensuring the facility is secure has been an ongoing challenge for Kieran. “Our upstairs clubroom doors were always getting broken into. People used to jump the fence, smash the glass to get inside and raid the bar. You’ve got to have beer at a rugby club, and we were losing about $1,000 a year in bar stock.”

False alarms were also proving to be a major headache. “The alarm was going off all the time and the response from the monitoring company was poor. We had callouts overnight and bills coming in 24/7. It was costing us for every callout, and we’d get no report back on what had happened. The tunnel might get broken into, we’d get charged for a callout, and it might have been just birds setting off the alarm.”

Kieran knew there had to be a better security solution, and after researching online, came across Gallagher security for SMB. Commuting between Hamilton and Auckland, he wanted a system to give him visibility on site, even if he couldn’t be there in person.

“Now with the Gallagher SMB app on my phone, if the alarm goes off, I can check it myself. Alarm notifications come straight to me and I can act on them if I need to. If the alarm is going off in the club room, I can check it out on camera and see if it’s a false alarm.”

“I can also turn the alarm on and off while I’m away – and that’s what I was looking for.”

Being a local government l building, different contractors come to do repairs and checks. They just message Kieran when they arrive on site and as a Site Manager within the Gallagher SMB app, he disarms the alarm and unlocks the door for them. Once they have finished, he can lock up and set the alarm again all from his phone. “The less keys you have to give out, the better,” says Kieran.

He also uses the Late to Arm functionality of the alarm system. He will be notified if the alarm has not been set by a certain time each evening, and this time is extended on training nights.

In terms of funding the new security system, Sport Waikato were an immense help. They visited the club to learn what had been happening with the break ins and suggested applying for funding from the Wel Energy Trust. Kieran put together a successful case and managed to secure a grant to fund the new Gallagher SMB system.

“The break-ins were killing our growth in terms of trying to put money into sports where we wanted to invest. I knew if we could reduce our losses in terms of break-ins, then we could have more money for sport – buying balls and uniforms.”

"Knowing you have the whole security system in your hand, on your phone. That’s how things are these days. I have more free time now I use the app as opposed to the old school way. There’s so much work involved managing a club, but now it’s getting much easier.”