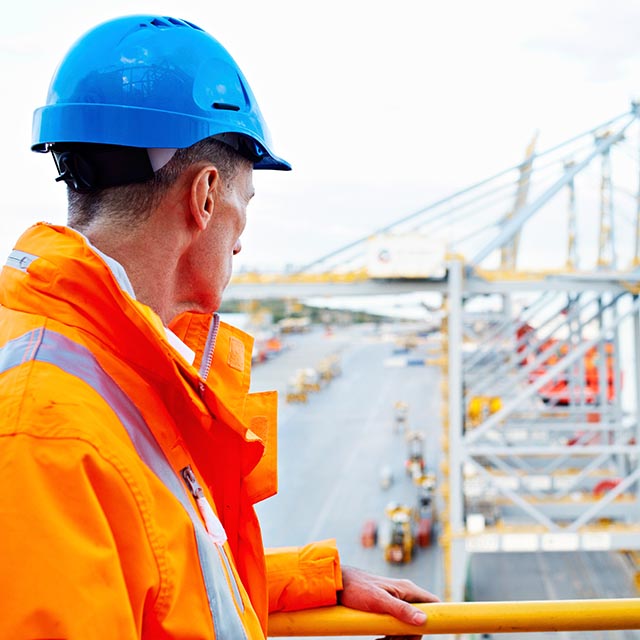 As the largest and busiest commercial port in New Zealand, Port of Tauranga spans 190 hectares and handles in excess of 1500 ships and 840,000 TEU (Twenty-foot Equivalent Units) each year.

The port is a bustling import and export gateway which relies on efficient processes and procedures to maintain superior operational activity. Being a large site, with unrivalled sea, road, and rail connections, Port of Tauranga has a strong focus on employing security and safety solutions which enhance and support workflow across the site.

In 2004, Port of Tauranga faced new security challenges with the introduction of the International Ship and Port Facility Security Code (ISPS Code). The new code was developed following the attacks of September 11, 2001 on the United States, and prescribed new measures required by governments, ships, and ports, in order to continue shipping trade with North America. Compliance with the ISPS code was enforced by Maritime New Zealand, giving ports throughout the country until the end of 2004 to become compliant with the new regulations.

A key security element for Port of Tauranga to become ISPS compliant was restricting and controlling access on and off the port. Gallagher's integrated access control solution was selected as the system to deliver this for Port of Tauranga. To manage the variety of entry and exit points, Gallagher's access control system was installed at 12 road access gates, 4 rail access gates, and over 60 doors across the site.

Providing more than just standard card/reader access control, Gallagher's Challenge feature gives the port an additional tier of security by utilizing video integration. The Challenge solution enables operators the ability to check cardholder identities against a live image being taken at the access point. This feature reduced the number of staffed gates required, resulting in significant ongoing labour savings for Port of Tauranga.

With a large number of people coming and going from the port on a daily basis, Port of Tauranga needed a robust system capable of effortlessly managing a large database. While the port has only 170 employees, there are currently 9,000 active cardholders.

"A constant flow of trucks throughout the day is essential," said Mike Letica, Manager of Security at the Port of Tauranga. "Trucks delivering containers cannot be backed up waiting."

The Gallagher access control solution, coupled with Gallagher's Command Centre software platform, enables Port of Tauranga to restrict entry amongst the 9,000 cardholders to the specific areas they are authorised to work in, achieved through the use of access groups and access zones. The system provides the functionality for bulk changes to be easily applied to groups, ensuring the port staff's database administration time is kept to a minimum.

More than just controlling access on and off the site, Port of Tauranga needed an auditable trail of exactly who had accessed the site. The Gallagher Command Centre platform provided the functionality for tailored reports on who had accessed zones and facilities, and at what time.

"Some services available at the port, for example the plant washing facility and diesel pump, are billed back to the user," said Letica. “We needed a simple way of identifying users and this was achieved by having access control cards activate the facilities."Another key feature of Gallagher Command Centre being utilized by Port of Tauranga is the scheduling function. Being able to adjust the access control schedule for the road and rail gates in support of peak operating times and statutory holidays provides greater control for the port security team, along with the ability to set schedules in advance.

In 10 years, the operational activity at Port of Tauranga almost doubled. From approximately 32,000 trucks per month in 2004, to over 61,000 trucks and 24,000 cars per month in 2014, the volume and tonnage growth has been extensive. Despite both activity growth and site expansion, the Gallagher system has enabled Port of Tauranga to maintain the same number of security staff they had in 2004.

Letica has confidence in the Gallagher solution supporting the port's future expansion."We believe we have a security system that has not only met our growth needs to date, but is going to continue to meet our needs in the future."